CSM Teamhttps://commonstupidman.com
Meet Shahnawaz, a lifelong gamer and avid news follower in the gaming And Entertainment industry. He brings fresh perspectives and in-depth analysis to the latest gaming news and releases. Follow him for all things gaming

Stop the Hydra Helicopter In Marvel Midnight Suns Wiki Guide Walkthrough – A tutorial for the Stop the Hydra Helicopter Story Mission can be found on this page of the Midnight Suns wiki guide on CSM. This page also covers all of the Abbey unlocks both before and after the task, including using the Forge during the day and character interaction and exploration at night.

Before the Mission – New Abbey Unlocks

You won’t be able to utilise the Word of Power until dark the day after completing the Faustian Bargain, but there are still a lot of new items to find inside the monastery. To access the new features in the Forge and the Yard, stop by!

The Forge – Artifacts and Research 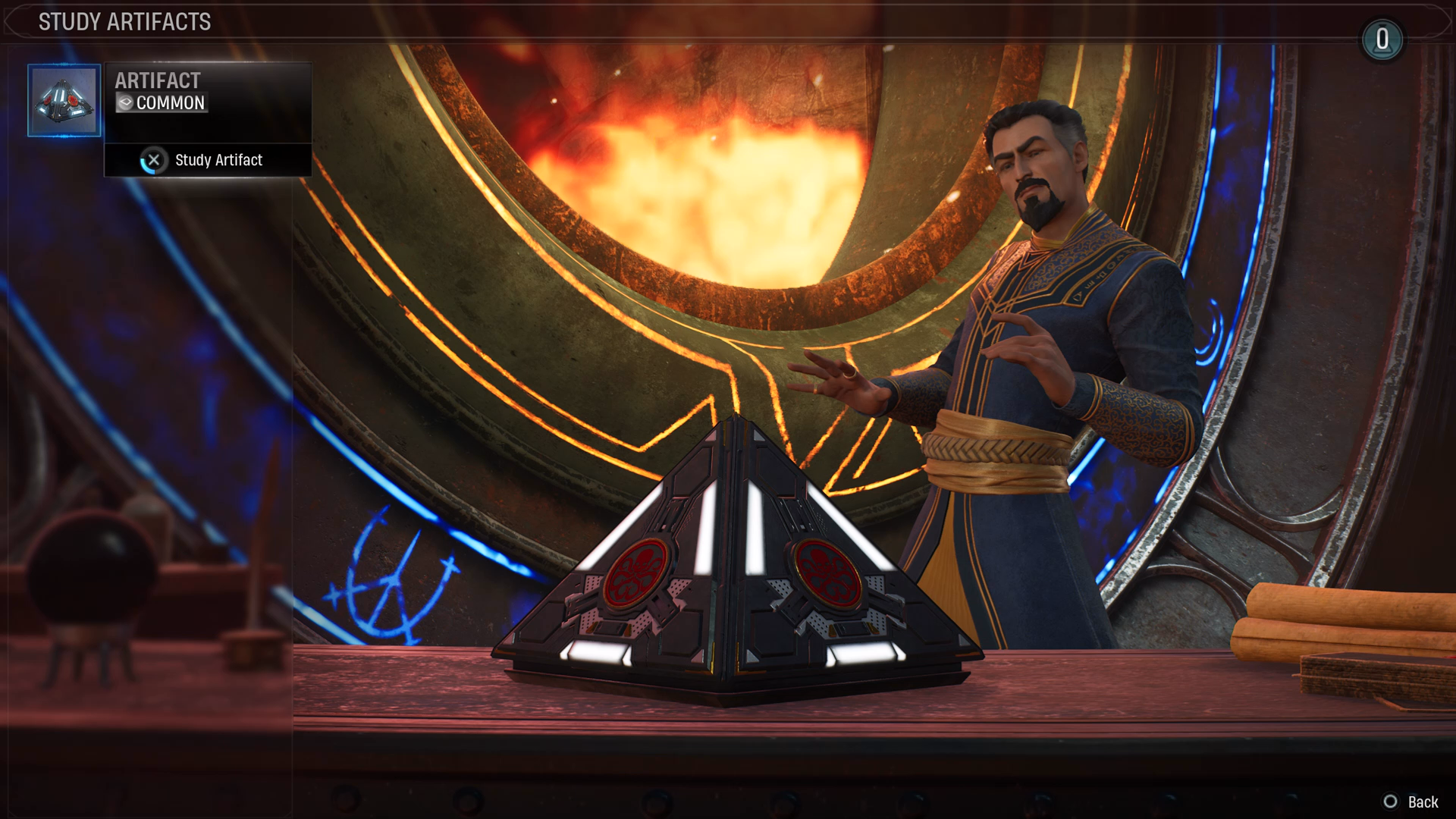 Speak with Dr. Strange at the Forge to activate the ability to examine artefacts there. Artifacts can be obtained as rewards for completing missions, just as Gamma Coils. Although the Artifacts are only trinkets based on Marvel legend, researching them also rewards you with a sizable amount of Essence, which you may use to improve your Abilities.

At the Forge, research will also become available. You can enhance specific elements of the Forge, Yard, and other places by completing research. Each project has prerequisites that must be satisfied before they may be started.

Only one project can be researched at once. We strongly advise starting your research on “War Games” right away. It will result in Gamma Coils having four cards (instead of three), and you can keep two of them. By likely the best upgrade to complete first, this will let you get additional copies of the cards you need to upgrade your abilities or salvage them for essence.

You have a Gamma Coil that you can examine right now, but you might want to postpone doing so until after the War Games update tomorrow. 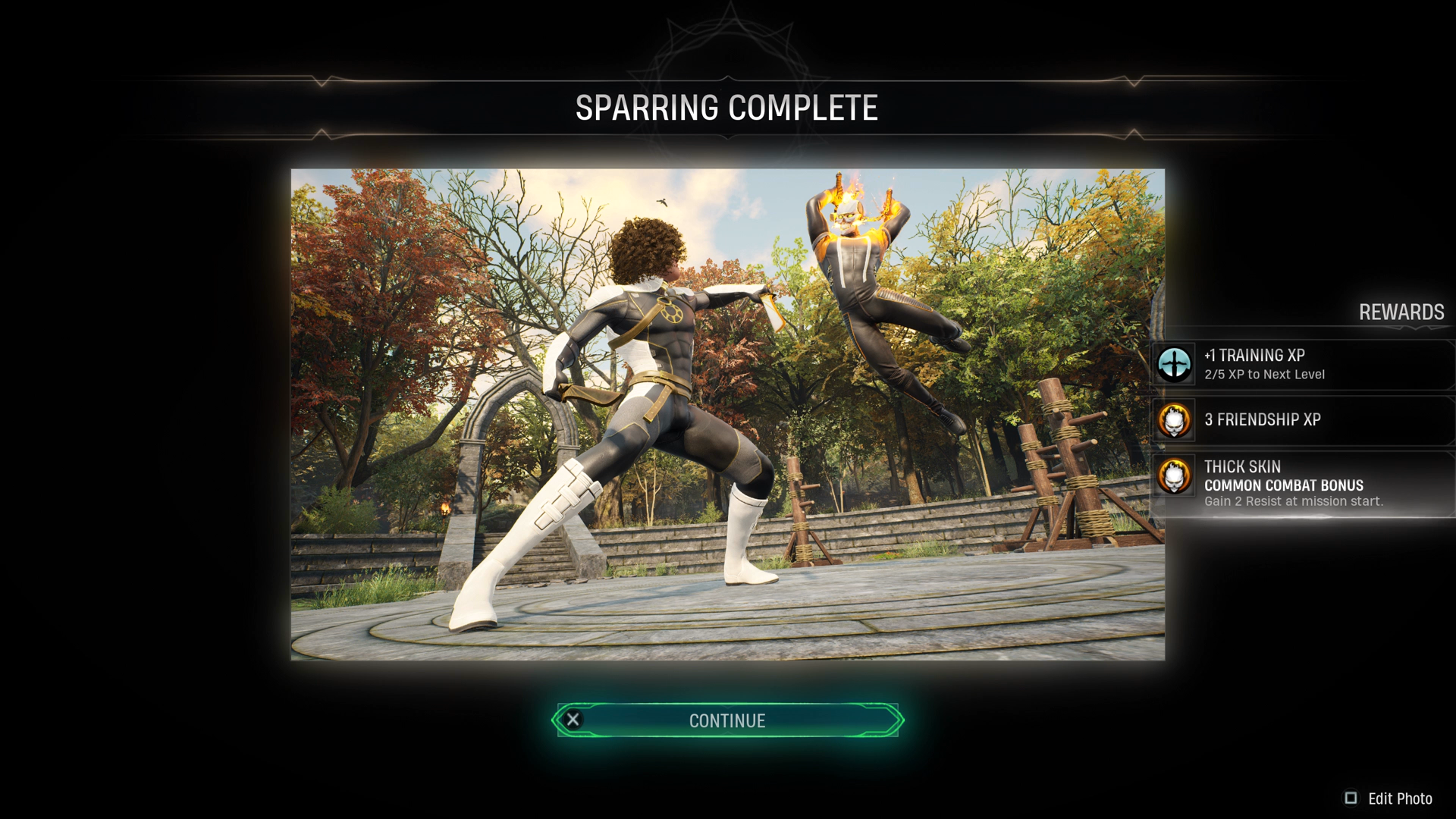 For access to Sparring in the Yard, speak with Robbie. You can select a hero to duel with every day. Fighting builds friendship and gives the hero that day special benefits. You have to pick new sparring partners every day because you won’t be able to fight that hero again for a few days.

Before choosing your opponent, make sure you are aware of the prerequisites for the tale objective. You’ll be able to see which heroes you would need to use and which would profit from the buff that comes from fighting.

HAVENS GUIDE: HOW TO USE HAVENS TO BOOST FRIENDSHIP FAST IN MARVEL MIDNIGHT SUNS 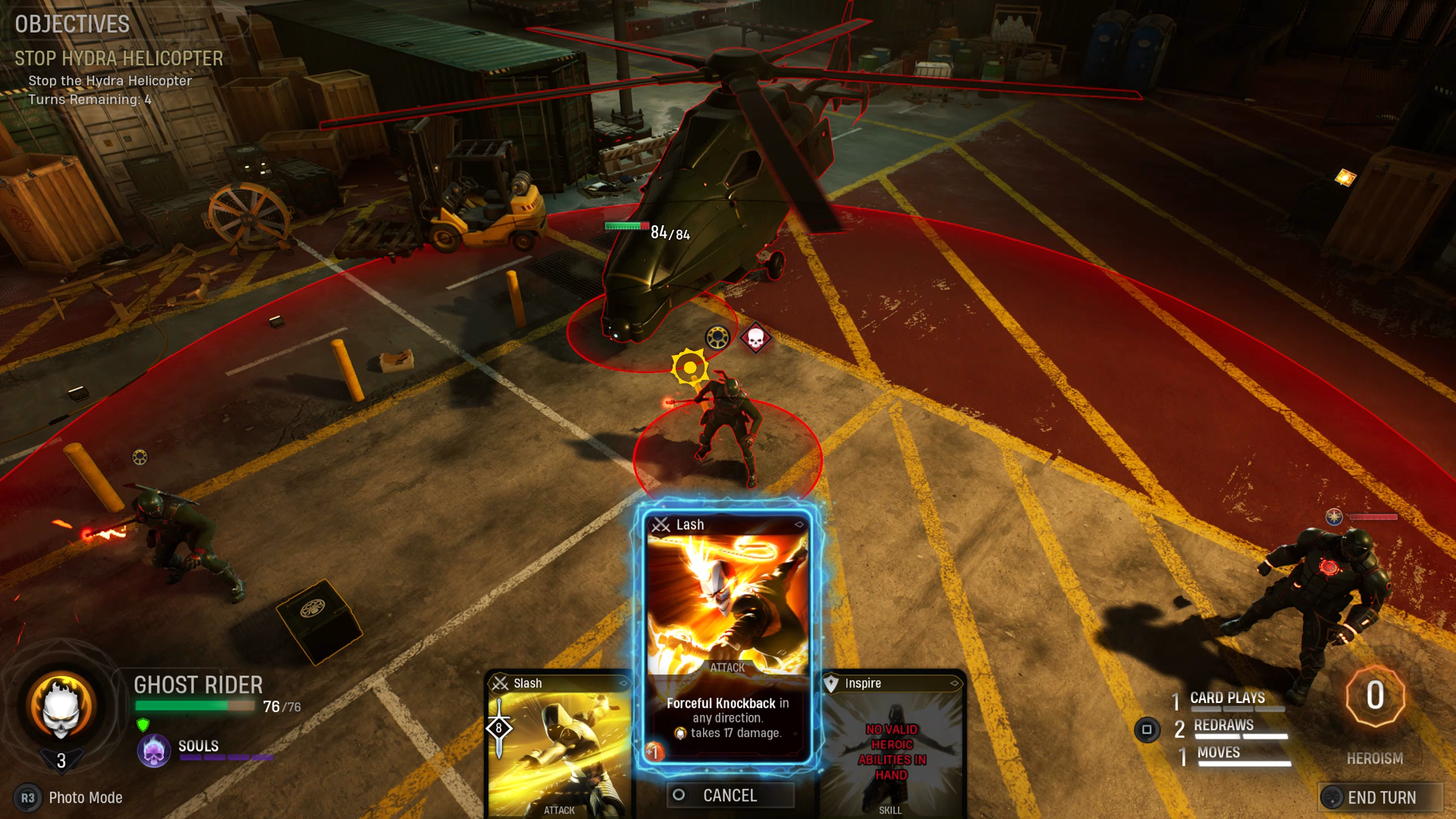 This mission’s goal is to prevent the Hydra helicopter from taking off, which entails beating the chopper up. Although you only have four turns to do it, it has a lot of health. On the top left of the screen, the remaining turns are visible. After those turns, if the helicopter is still alive, you’ll fail and have to start the operation over.

HOW TO SOLVE THE STANDING STONES PUZZLE IN MARVEL MIDNIGHT SUNS

The entire Hydra army will assault you instead of just the helicopter, and more troops will be added every turn. Moreover, the Helicopter is unaffected by knockback. Therefore, avoid playing cards against the helicopter that simply deal knockback damage. Instead, aim to knock the enemies into the helicopter by using knockback on them. The Forceful Knockback effect of the Ghost Rider’s Lash and the Hunter’s Whip is applicable to foes in all directions.

Knockbacks can also be used to position or collect foes so that you can employ them later in another attack. Both Captain Marvel and Ghost Rider have attacks that cause tremendous damage to everyone in their path, making them both quite useful for taking out opponents and damaging the chopper with a single blow.

HOW TO RECRUIT EVERY CHARACTER IN MARVEL MIDNIGHT SUNS

Another Hydra Elite will offer you a card that will allow you to stop the helicopter for one turn. Definitely go for that adversary if you have more time. Without using cards, you can draw them close to natural dangers and then attack them there!

To finish the objective, you must destroy all enemies after taking out the helicopter (disabling it also removes the turn restriction).

After Stop the Hydra Helicopter Mission

Actually, this is the last night that will guide you through its activities. After this evening, you’ll be free to roam around the Grounds and select how you want to interact with the heroes—through hangouts or side missions. Alternately, you might completely disregard them and go straight to bed to start the subsequent plot mission.

Some of the heroes will be available for a Hangout when you get back from the adventure. You can check your map to see where every hero with a speech bubble icon is to make sure that everyone you can invite is in the common room. Though hangouts are typically optional, you must pick one this evening to advance the plot.

You can visit the library and speak with Agatha after the hangout. The beginning of Agatha’s adventure. You must locate the Four Elemental Rods and repair her altar.

Before you go, take a tour of the library. Then, proceed with Charlie to the Altar. By looking through the bookcases, you can discover various items, obtain Essence, and even gain Arcane Knowledge.

You’ll receive an Arcane Key from Agatha after conversing with her, which you’ll need to use to unlock the neighbouring chest. When you’ve finished, you’re free to wander about the Abbey Grounds! Agatha’s mission and Grounds exploration are optional side plots that can be read separately. You can complete this at your own pace, as the game indicates.

Return to Hunter’s room and spend the night there if you want to move on to the next day. There are various collectibles placed across the grounds if you decide to explore. For additional information on how to locate all four of the elemental rods in the abbey grounds, see How to Get All the Elemental Rods and Get the Second Word of Power.

What is the goal of this mission?

The goal is to prevent the Hydra helicopter from taking off by defeating it and all enemies.

How many turns do I have to complete the mission?

You have four turns to complete the mission. If the helicopter is still alive after those turns, you will fail and have to start the mission over.

Can I use knockback attacks on the helicopter?

How can I defeat the helicopter and enemies effectively?

Use characters with strong single target or area of effect attacks, such as Captain Marvel and Ghost Rider, to take out enemies and damage the helicopter with a single blow. Use knockbacks to position enemies for these attacks or collect them to use in another attack later.

How do I get the card to stop the helicopter for one turn?

The card can be obtained from a Hydra Elite. Draw them close to natural dangers and then attack them there to obtain the card.

What are the rewards for completing this mission?

The rewards for completing this mission are a Gamma Coil and an Intel Cache.

More from our correspondents in the Netherlands, Italy and South Korea… … Tweet From PlayStation

This is bonding, right? … Tweet From HBO & Warner Bros

[NVIDIA GPUs] Hey, chooms! If @CyberpunkGame is crashing on launch after the DLS… Tweet From CD PROJEKT RED