For the first time, audiences get to hear @PamelaAnderson’s story in her own wor… Tweet From Marvel 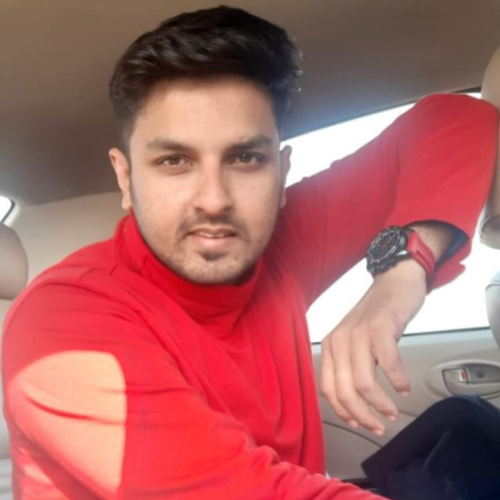 Shashank Yagnikhttps://commonstupidman.com/
Shashank Yagnik is a gaming enthusiast who spends his days playing the latest and greatest video games. With a passion for all things gaming, he is always on the lookout for the next big title to sink his teeth into. Whether he is strategizing with his team in a competitive online match or exploring the vast open worlds of his favorite games, Shashank is truly in his element when he is gaming. Whether he is streaming his gameplay on Twitch or sharing his thoughts on the latest releases on his blog, Shashank is a true gaming aficionado and always has something interesting to say.

Clone Force 99 comes after Indiana Jones’ job in this week’s episode of Star Wars The Bad Batch (2021), which follows last week’s episode in which our unlikely heroes participated in some fast-paced motorsports while searching a mystery vault for undiscovered treasures.

The first scene of Star Wars The Bad Batch features Omega (Michelle Ang) and Wrecker (Dee Bradley Baker, who provides the voices for all of Star Wars the Bad Batch clones) searching through a junkyard for a compressor. Omega leaves the area with an odd artifact.

Phee (Wanda Sykes) is entertaining customers at Cid’s bar (owned by Rhea Perlman) by telling tales of her earlier treasure-hunting adventures. When Omega shows Phee what she found in the junkyard, Phee informs her that it’s a rare lead with enigmatic coordinates for a spot on an undiscovered planet in the Kaldar Trinary System.

The group travels to the barren land and finds burnt earth. The surface life of the planet has been destroyed by something. The compass directs them to a mountain wall, where Phee’s sixth sense reveals a secret passage. They open it up with Wrecker’s assistance, exposing markings from the Skara Nal, an old civilization that existed before the Jedi. The gang is on the search for the Heart of the Mountain, a fabled treasure, Phee informs the group.

So the journey via the dangerous mountain passage begins. A wall of symbols that must be aligned is their first challenge. The apparent ones become entombed — get it? — within the mountain itself when they are lined up. Omega, though, utilizes the compass to find a second layer of luminous markings that will lead to the next stage of their adventure.

The Discloser in Star Wars The Bad Batch- Phee discloses that the Heart is actually a key to releasing a legendary superpower as they go on. Her familiarity with galactic mythology has proven to be very helpful. Tech verifies her accuracy, and his readings show that the ruin is very old indeed.

After being attacked by a ferocious beast in the tunnels, the gang splits up, leaving Omega, Wrecker, and Phee to continue on their own. They arrive at a circular tunnel, where Wrecker almost dies when he steps on the surface.

Once more, Omega comes to the rescue. She uses the compass to locate a safe passage on the tunnel’s ceiling and then inserts it into a wall slot so she can spin it and make it navigable. It indicates that the compass is lost, but Phee claims that it has served its function. They all join together as they approach the vault entrance.

Read More- THE LAST OF US POSTER: [SPOILER] TURNING SHOULD HAVE BEEN SOONER

The glowing Heart keystone is inside the door once Phee opens it. When it is removed from its pedestal, the vault’s walls start to light. The mountain top is blasted by a powerful energy beam, which causes it to collapse and expose that the gang had been exploring inside of a massive machine.

The striding walker, which uncannily resembles a similar device from the Horizon videogame series, starts off slowly marching across the countryside while shooting a lethal beam in front of it.

Before it destroys their ship and their only means of leaving the planet, according to Hunter, they must shut it off. The beast from earlier reappears as Phee tries to re-insert the keystone, as instructed by Tech.

Read More- WHAT ARE THE CLICKERS IN THE LAST OF US ON HBO?

What happened in Star Wars The Bad Batch? Phee fumbles for the key as the rest of the gang fights the monster in a tense struggle. As she succeeds in doing so, the enormous machine starts to tremble and explode, putting an end to its reign of terror. The calamity has claimed Phee’s droid Mel, but Phee is unconcerned because she can restore Mel from a backup she has preserved on her ship and this has happened before.

Phee informs the gang as they return to their exit that they would be traveling to Vadnay in order to recover an antique chalice. Hunter appears worn out by her tales of the hidden treasures, while Omega appears fascinated.

Did the second season of Bad Batch air?

Star Wars: The Bad Batch is back on Disney Plus, with season 2 of the CGI animated show coming out each week. It returns to the genetically enhanced titular clone squad introduced in The Clone Wars' final season, after the group fled the Empire and became mercenaries.

The Bad Batch and Star Wars are they related?

Is Bad Batch a sequel to Clone Wars?

Timeline. To learn more, go to Bad Batch (disambiguation). An animated television program called Star Wars: The Bad Batch serves as both a prequel and a spin-off to Star Wars: The Clone Wars. It centers on the Clone Force 99 unit (a band of genetically enhanced clone troopers).

Omega is in the faulty batch—why?

She is an exact replica of Jango Fett, undamaged. Boba, Jango's "son," is a perfect replica who will age properly, and Omega is the same. She stows away on the Bad Batch's ship with the blood of a bounty hunter actually pouring through her veins, and the two of them set out to create their own future.

Shashank Yagnikhttps://commonstupidman.com/
Shashank Yagnik is a gaming enthusiast who spends his days playing the latest and greatest video games. With a passion for all things gaming, he is always on the lookout for the next big title to sink his teeth into. Whether he is strategizing with his team in a competitive online match or exploring the vast open worlds of his favorite games, Shashank is truly in his element when he is gaming. Whether he is streaming his gameplay on Twitch or sharing his thoughts on the latest releases on his blog, Shashank is a true gaming aficionado and always has something interesting to say.
Facebook
Instagram
Twitter
Youtube

Don’t miss out on the adventure! … Tweet From Amazon Prime Video

I was never afraid before you showed up. … Tweet From The Last of Us

Nothing beats a night of smelting Sylvie is here for Fortnite Crew members! … Tweet From Fortnite